What To Know About Tipping In Costa Rica 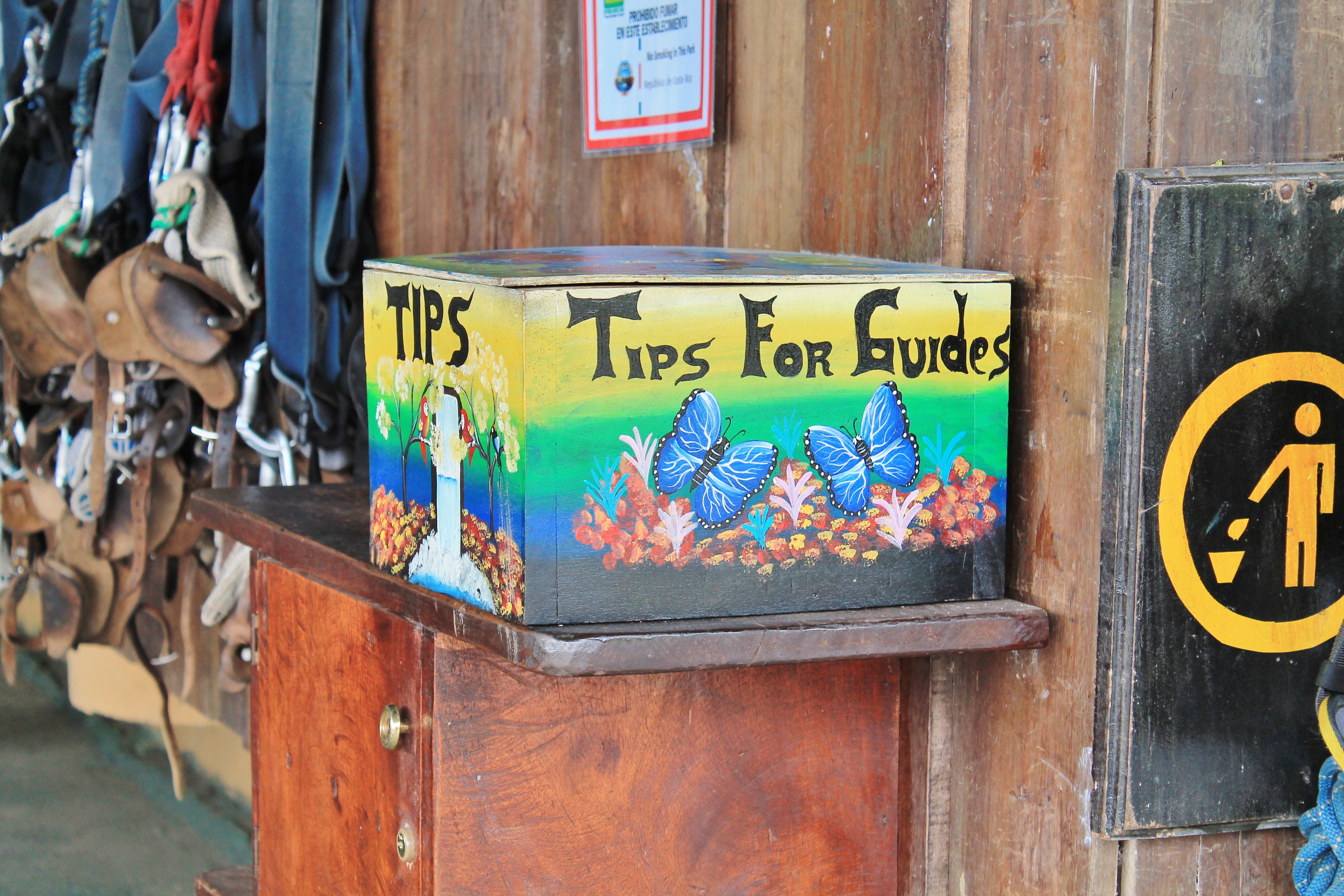 What to know about tipping in Costa Rica

At Pura Vida! eh? Inc., we often receive questions from travelers about tipping in Costa Rica. Answering these questions with confidence is tough because the deciding factor in determining whether you should or should not tip during your Costa Rica trip, as well as how much you should tip if you decide to do so, is the level of service you receive from tour guides, drivers, waiters/waitresses, and hotel staff. Since service levels vary and evaluations are subjective, it’s nearly impossible to say with certainty that you should tip, let alone how much you should tip. What we can do is offer general recommendations for tipping in Costa Rica based on what we give, on average, for deserving services. Be sure to adjust the tip amounts below to your degree of comfort according to whether you experience above-average or below-average service.

If you come from a country where tipping isn’t customary…

Should I tip in USD or Costa Rican colones?

As we mention in our related blog post Spending Money In Costa Rica: What To Know About USD, Colones, Credit Cards, And More!, tips can be provided in US dollars or local Costa Rican colones. Tips in colones are preferred because they save tour guides, drivers, waiters/waitresses, and hotel staff a trip to the bank to exchange the funds.

Though the article below covers our tipping recommendations in greater detail, if you’re short on time, review our quick Costa Rica tipping chart:

Which tour guides should I tip?

How much should I tip tour guides?

Many travelers forget to tip drivers who are responsible for transporting you to and from organized tour/activity locales, or to and from your hotel and the location where the tour takes place. In general, we recommend giving a flat rate (not a percentage of the tour cost) of $2-5 to each driver who performs the service well.

These drivers are generally responsible for transporting you between cities, resulting in multi-hour drives. We typically recommend offering a flat rate of $2-5 to each driver who performs their service(s) well. If you’re traveling as part of a group of 5 or more people, consider tipping the driver a flat rate (not a percentage of the shuttle service cost) of $5-10.

Tipping taxi drivers isn’t as common a practice as tipping other drivers in Costa Rica. However, it’s kind to show your appreciation for the ride by rounding up the total shown on the maria (meter).

Tipping restaurant wait staff an average of 15-20% is the norm in Costa Rica. Many restaurants automatically add a 10% service charge (a gratuity charge) to their bills, which may appear as a 10% service tax or service fee. Most restaurant menus will state whether food and drink costs include or exclude the charge (ask restaurant staff if you’re not sure). If you see the charge noted on your bill, opt to leave an additional 5-10% tip. If the charge does not appear on your bill, leave 15-20% of the total meal cost.

Bellhops are responsible for transporting your luggage to your hotel room upon check-in. In general, we recommend giving a flat rate of $2-5 to each bellhop that performs their service well.

Many travelers forget to tip the hotel staff who are responsible for cleaning your room upon check-out. In general, we recommend giving a flat rate of $2-5 for each night spent at the hotel.

QUESTION TO COMMENT ON: What are your recommended guidelines for tipping in Costa Rica?