10 Things To Do In And Around San Jose Costa Rica 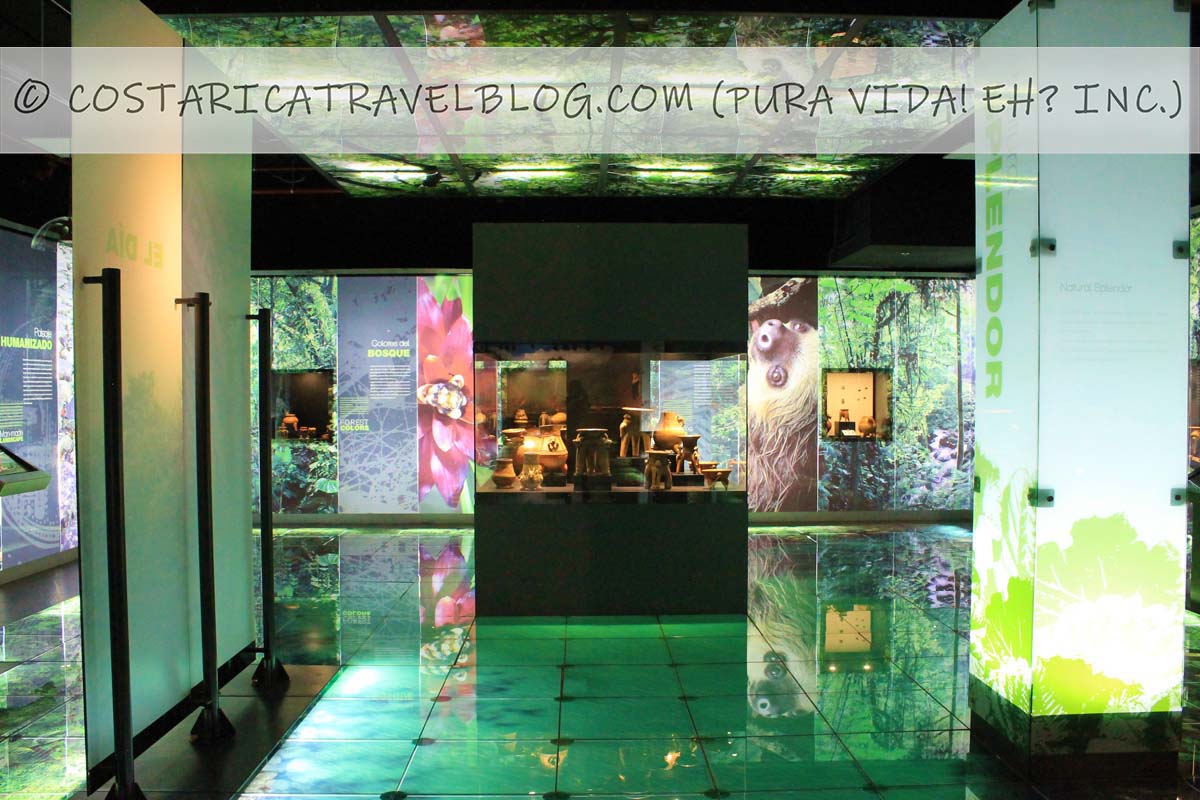 How to spend a day in San Jose Costa Rica

If you’re like most Costa Rica travelers who fly into and out of the Juan Santamaria International Airport (SJO), you may have some time to spare in and around the Central Valley at the start or the end of your trip. At the core of Costa Rica’s Central Valley sits the bustling capital city of San Jose, or “Chepe” as the locals call it. If you have any interest in immersing yourself in the architecture, history, art, food, music, lifestyle, routine, and general culture that occupies the country’s core, here are 10 things to do in San Jose Costa Rica.

Have a free day to spend in Alajuela (near the SJO Airport), not San Jose?

Check out the recommendations we offer for that destination in our related blog post:

The center of San Jose is marked by the intersection of Avenida Central (runs east-west), which sits one street north of Highway 2, and Calle Central (runs north-south), which sits one street west of Highway 32. Note that Highway 32 splits into two one-way streets in downtown San Jose: Calle 1 (runs south) and Calle 3 (runs north). To quickly locate the city’s center (i.e., the intersection of Avenida Central and Calle Central) on a map of San Jose, first find the intersection of Highway 2 and Highway 32 (Calle 1), then look one block northwest. Most of San Jose’s top attractions can be reached on foot by walking no more than 4 blocks west, 5 blocks north, 8 blocks east, 2 blocks south of the city’s center.

Avenida Central is the main thoroughfare that leads vehicular traffic through downtown San Jose from the west to the east. It is a very busy street. To roam around town where you won’t be bothered by cars, stick to the city’s most popular pedestrian street, Avenida Central between Calle 9 and Calle 14, which is a street that’s closed to vehicular traffic.

People-watch at a public park or plaza

Watch a futbol game at the National Stadium of Costa Rica

If you want to live like a Tico (Costa Rican) for a short while, attend a local futbol game. Games played by San Jose’s city team, Deportivo Saprissa, as well as games played by the Costa Rican national futbol team, the Selección Nacional (nicknamed the “Sele“), take place at the National Stadium of Costa Rica (Estado Nacional de Costa Rica).

The giant stadium is tough to miss on San Jose’s west side. It takes up the northwest corner of the La Sabana Metropolitan Park (Parque Metropolitano La Sabana), located where Highway 1, Highway 2, and Highway 27 meet.

To really get into the Costa Rican spirit, purchase a team jersey or t-shirt. You can pick one up at any tienda de deportes (sports store) in San Jose. Several street kiosks around downtown San Jose also sell (licensed and unlicensed) team apparel.

One of our favorite museums that we never tire of visiting in San Jose is the Jade Museum (Museo del Jade). Costa Rica’s Jade Museum was a good museum years ago when it was first built, but since then has transformed into a fantastic modern and interactive museum following a renovation and location move in 2014. It’s now encased in a 5-story building designed to mimic a piece of jade and displays pre-Columbian artifacts (including lots and lots of jade) across several fascinating exhibits.

Like Costa Rica’s Jade Museum, we’ve also had the pleasure of touring the Pre-Columbian Gold Museum (Museo del Oro Precolumbino) both before and after it closed for renovations in 2018. Today, the Pre-Columbian Gold Museum is a modern museum that’s full of dioramas that depict scenes from pre-Columbian times (some dioramas are life-size displays). In this underground museum that delves 3 levels below the Plaza de La Cultura you’ll also find gold, stone, and ceramic artifacts, as well as a robust collection of bills and coins that showcase historical and modern-day currency.

In what used to serve as a fortress until the end of Costa Rica’s Civil War you’ll find the National Museum of Costa Rica (Museo Nacional de Costa Rica). Inside, interesting information and displays that document the nation’s story span several centuries (pre-Columbian periods to modern-day times) and areas of interest. Though this museum isn’t as fresh and modern as the Jade Museum and the Pre-Columbian Gold Museum, it’s a not-to-miss attraction in San Jose for any history buff. Included in your visit is a walk through a small but beautiful butterfly garden.

Explore the Museum of Contemporary Art and Design

One of the first museums we visited in San Jose was the Museum of Contemporary Art and Design (Museo del Arte Contemporano y Diseno). This small, two story, gallery-resembling museum, which sits on the west side of San Jose and borders the La Sabana Metropolitan Park, fills what used to be Costa Rica’s first airport. Unique pieces of contemporary Costa Rican art and photographs hang on the interior walls while a few large sculptures decorate the museum’s outdoor space. The main attraction is the stunning second-floor “gold room” that showcases Costa Rica’s history in a series of bronze-colored wall etchings that encompass the room.

If you opt to take the first suggestion we mention above (walk around downtown), you’ll no doubt encounter the National Theater of Costa Rica (Teatro Nacional de Costa Rica). This theater is one of the grandest displays of opulence that you’ll find in the capital city. You can admire the theater’s architecture, statues, and landscaping by merely strolling around the perimeter of the building, but if you want to learn about the theater’s history or lay your eyes on the luxurious foyer and auditorium, you’ll need to pay for a guided tour. Guided tours run hourly throughout the day during the theater’s operating hours. They last roughly 45-minutes and will run you about $10 per person. If your travel schedule permits, consider purchasing tickets to see a concert, a dramatic play, or a dance performance hosted by the theater.

Several Costa Rican cities host fiestas civicas (civil festivals) that treat locals to rides, games, and seemingly endless rows of food stalls. San Jose hosts one of the best fiestas civicas in Costa Rica each year, called the Fiestas de Zapote, at the end of December and the beginning of January to mark Christmas and New Year’s celebrations. If you plan to be in San Jose during this period, consider blending in with Josefinos (San Jose residents) by attending the festivities. The festival is free to enter, but ride and game tickets (as well as food and drink purchases) cost extra. Though you can read a full list of Costa Rican foods that are worth trying in our related blog post Costa Rica Food Guide: 30 Things To Eat In Costa Rica And When To Eat Them, here’s a quick list of some foods you can typically get at the Fiestas de Zapote:

Bull riding is a traditional and popular part of most Costa Rican fiestas civicas and the Fiestas de Zapote are no exception. If you want to watch skilled Ticos (Costa Ricans) ride bulls and/or others run around a bullring hoping to evade bulls in return for prizes, you’ll need to purchase tickets (on-site) to access the bullring. Bull-related events typically take place every day of the 2-week Fiestas de Zapote.

Shop at a market

If you like perusing markets, you’ll be happy to know that San Jose is full of them. Some markets, like the Municipal Artisans Market (Mercado Municipal de Artesanias), are full of souvenirs. I particularly love exploring souvenir markets in search of unique, hand-crafted items like the personalized, wood-carved key-chains I bought from a local woodworker (pictured with me in the photo above).

If you want to go where the locals shop, don’t miss the Central Market (Mercado Central). This indoor market has been around since the 1800’s and it shows. Regardless, it’s one of the most authentic gems you can find in modern-day San Jose’s bustling, developed core. It sells just about everything from food and herbs to textiles and books, with handful of souvenirs thrown in too.

QUESTION TO COMMENT ON: What’s your favorite thing to do or see in San Jose Costa Rica?