Home » What To Do In Costa Rica » City Exploration » Guayabo National Monument: History, Archaeology, And Excavation In Turrialba 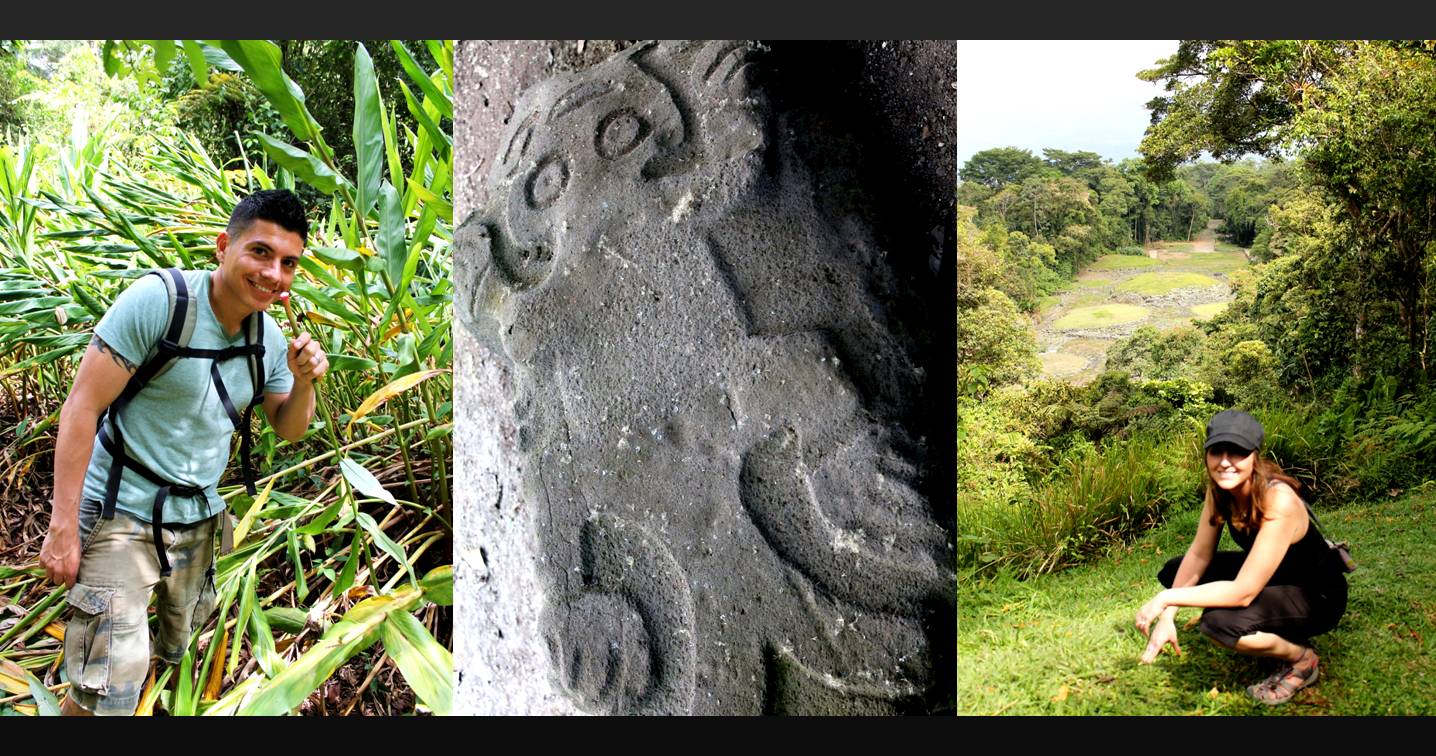 COSTA RICA’S GUAYABO NATIONAL MONUMENT, IN OUR OWN BACKYARD!

Ricky and I have spent a significant amount of time in the Turrialba area, partly because Ricky was born and raised nearby (his family still resides in his childhood home) and partly because we own land there (for the same reason). The city and nearby pueblos (“towns”) speak volumes to us, but hardly offer as much as a peep to the occasional tourist passerby. Apart from a handful of rafting tour companies that operate offices in the area, and rising interest in the increasingly active Turrialba Volcano (arguably Costa Rica’s least popular of its five active volcanoes, each of which we describe in detail in our related blog post The Best Costa Rica Volcanoes: What To Know About Arenal, Irazu, Poas, Rincon De La Vieja, And Turrialba), there is not a ton to warrant a visit to Turrialba by travellers. In fact, if you were to throw new and unfamiliar Turrialba into the competitive tourism ring, destinations such as La Fortuna/Arenal and Monteverde would knock out the little guy with just one swing. This being said, now and again we spot a foreigner in one of Turrialba’s supermarkets, banks, internet cafes, or its only souvenir shop, and we think, they must be here for something. We’ll let you in on a little secret… they’re in town to visit the Guayabo National Monument.

Tucked away an approximate thirty-minute drive from downtown Turrialba is the Guayabo National Monument. To confirm, as there has been great debate over this as evidenced by discussions in online travel forums, the Guayabo National Monument is not Costa Rica’s only national monument, however it is Costa Rica’s only protected national monument. Declared so in 1973, the site offers archaeological evidence of life dating back as far as 1000 years B.C. and as late as 1000 years A.D, long before the Spanish colonization.

Guides are available onsite, or else the Guayabo National Monument trails can be explored without a guide

When arriving at the Guayabo National Monument, travellers can opt to tour the monument with a guide or walk the trails on their own. A guided tour takes approximately 1 hour and 30 minutes to complete, whereas walking the trails without a guide at a slow but consistent speed takes approximately 45 minutes. Since visits are best made by travellers interested in educational, historical, and/or cultural tours in Costa Rica, we highly recommend touring the Guayabo National Monument with a guide to ensure that important explanations, stories, and facts are not missed. For help deciding whether or not guided tours in Costa Rica would be the best for you and your travel group, don’t miss our related blog post Guided Tours In Costa Rica: Are They Necessary, Valuable, And/Or Worthwhile?.

The Guayabo National Monument requires basic mobility, but not much else

Fortunately, the trails at the Guayabo National Monument are not overly difficult to walk; this makes them easy to recommend to travel groups comprised of a variety of traveller types, including young children, older travellers, and individuals in search of a fairly easy hike. This being said, some parts of the walk are comprised on uphill and downhill slopes, so visitors should be able to walk up and down stairs without issue. In addition, given that some of the trail sections lead hikers through forested areas, careful attention should be paid to branches and tree roots along the footpath.

One of the first petroglyphs displayed at the site is that of the jaguar and the lizard. The design is said to represent “a symbolic alliance of peoples, groups, or high-ranking persons interacting in the Guayabo region and surroundings” (source: the Guayabo National Monument). It is remarkable, really, to not only imagine the colony carving abstract, human, and animal designs into large stones using smaller ones, but to imagine how such a design–a mere scratch in a rock–could tell a story full of significance and inform us of a way of life completely lost. That is, until it was found.

The Guayabo National Monument is known for its excavations. Specifically, the “mound” has received great attention as the focus of several archaeological excavations. Although an ongoing work in progress, in addition to the architectural structures uncovered, many stone carvings including slabs, tables, seats, and grinding stones have also been found (most of which are kept in the National Museum in San Jose). Together, the evidence of life discovered has put many questions to rest. So many more however, remain unanswered.

“These pools are still functional and store water from two springs. They are part of a larger water transportation system or aqueduct. Water from the first spring falls into the circular pool and then flows through an underground channel beneath the cobblestone road to the wide rectangular pool. Water from the second spring does the same in a north-south direction also ending in the large pool where it flows to the Lajitas creek. It has been suggested that pools are useful in removing sediments from water. Was this water used for drinking or for bathing, or perhaps even ritual bathing? Both uses seem possible.”
~ Guayabo National Monument

THE GUAYABO NATIONAL MONUMENT: AN OPPORTUNITY FOR WONDERMENT AND GREAT REFLECTION

By no means are we historians, archaeologists, or excavationists, but we certainly respect the work of each and how important it is to our understanding of the past.

As Ricky and I made our way around the trails at the Guayabo National Monument, it became evident that an entire community had not only existed where we walked, but that its community members were incredibly intelligent. We found everything we saw to be fascinating, from the community’s water filtration process to the way they used stones to provide a stronger and more secure foundation for their wood and palm-constructed homes. The intricate and then-complicated work demonstrated by the cobblestone roads was inspiring, and the use of symmetrical structures to highlight power within the “chiefdom organization” to not only members within the community but also members of other communities who approached the area from neighbouring regions was nothing short of genius. Sure, most of these practices seem obvious and have little place in today’s modern world, but it is pretty incredible to think that so many people before today’s society had similar architectural and engineering thoughts without the formal education that we currently have access to, and nothing but their own two hands to teach them the way. As much as many of us may want to call ourselves trailblazers, the real trendsetters led the way for us years ago. Who knows where we would be, or even if we would be, without them.

MAP OF THE GUAYABO NATIONAL MONUMENT

QUESTION TO COMMENT ON: Have you been to the Guayabo National Monument or a different historical, archaeological, or cultural site in Costa Rica? What did you learn?

If you’re more of a visual learner, take a moment to view our gallery photos below from our most recent visit to the Guayabo National Monument.